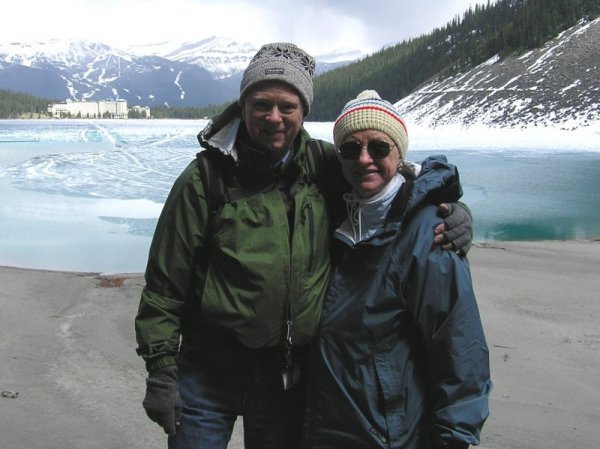 Return to J & B Birds Home
I started taking bird photos with an Olympus 730UZ camera. This camera has a ten power optical zoom and a three power digital zoom giving an equivalent of a thirty power zoom. The camera also has a resolution of three million pixals. I then moved to an Olympus 750UZ which is similar to the 730UZ but has a resolution of four million pixals and a digital zoom of four power. The optical zoom is still ten power. This gave a total zoom power of forty. Finally, I added an Olympus TCON 1.7 add on telephoto lens which increased the optical zoom to 17 power. With a digital zoom of four, this resulted in a total zoom power of 68. The camera requires good lighting conditions to get a shutter speed fast enough to stop a birds movement. Also, the field of vision is very small with the camera zoomed and it is sometimes difficult to locate the subject bird in the viewfinder. In the field, I use a monopod to steady the camera.

In November, 2005, while at Brazos Bend State Park, I took a miss-step, fell and damaged my Olympus 750UZ. This was a week before the Rio Grande Birding Festival in Harlingen, Texas and our post festival trip to the El Cielo Biosphere Reserve and surrounding areas. I quickly purchased a new Olympus SP-500UZ. This camera has the same 10 power optical zoom as the other Olympus cameras I've used, but has a resolution of 6 million pixals and a 5 power digital zoom. I also purchased a Raynox 2.2X Super Telephoto Conversion Lens. This increased the optical zoom to 22 power.

After our Costa Rica trip in July, 2006, I purchased a Nikon Digital SRL camera. I found that there was not enough light in the rain and cloud forests of Costa Rica to take the pictures I wanted. I purchased a Nikon D-80 DSRL body and a Nikkor 80-400 mm zoom lens with vibration reduction. This camera, while not magnifying as much as the Olympus-Raynox combination, does give better pictures. Before our Scottish Islands Cruise I added a Nikkor 18-200 mm zoom lens with vibration reduction for better scenery photos. This lens was stolen during our Northern Spain trip. I replaced it with a Sigma 18-250 zoom lens with optical stabilization.

Also in 2011, I started experimenting with recording bird calls. I use a small Panasonic voice recorder. The recordings are satisfactory and I have included them in the Index to Birds. For the birds that I have a call for, there is a little icon,

, to the right of the common name. Clicking on the icon will play the bird call, In some of the Picture Information descriptions, there is a reference, in parenthesis, to birding sites on "The Great Texas Birding Trail." The following table showes the references we've used. Maps showing and describing the trails are available from the Texas Cooperative Extension Bookstore (http://tcebookstore.org/).

Please use the "Contact Us" button to send us comments and/or corrections.

Return to J & B Birds Home